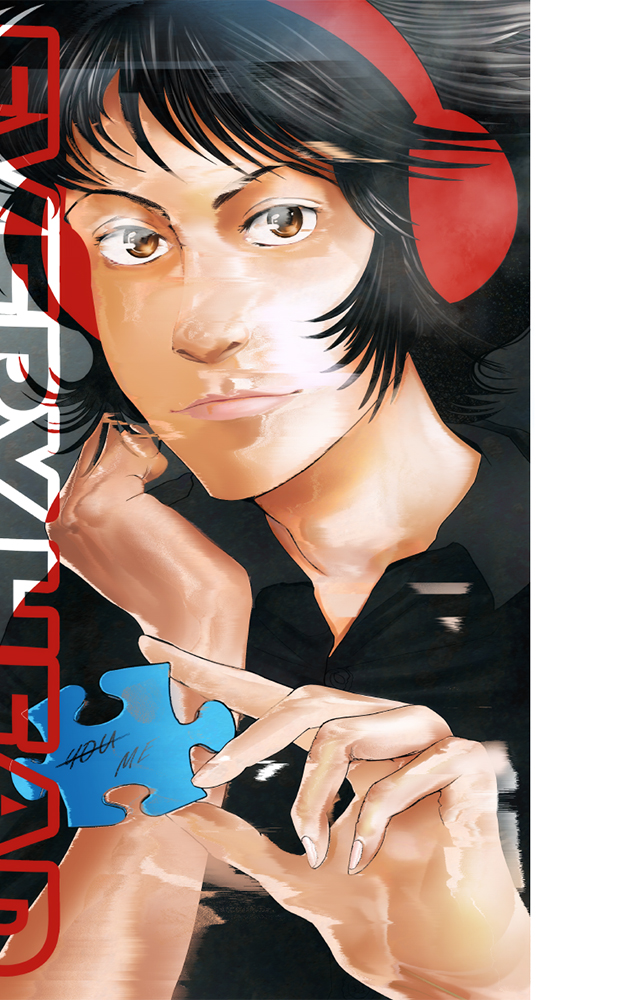 An update to the former post of a digital drawing I’ve been working on today. Here’s a portion of the cover, somewhat finished. The glitchy effect was by accident, but I loved it so much I decided to keep it as a side piece to the original cover.

The title is withheld until the comic is published of course.

Photoshop CS6 was used, with a Wacom Intuos pro tablet. A whole lot of references via google, were also used.

It’s been a while since I’ve drawn, admittedly… in-between my other responsibilities I have been trying my best to fit it in. Not just drawing, but painting, as well!

I’m influenced from a lot of artists, truth be… if anyone can guess my influences in this piece. Feel free! Of course, I will admit this time around I didn’t consciously reference any particular artist. I focused on rendering values, and playing with colour instead.

No this isn’t me, my Nephew seems to think so. This is Stuart. His appearance is one I’d like to imagine what my future son would look like (all of my drawings are my children)… hypothetically-speaking of course. That is, if I ever do get around to having a son. IF.

Here’s some more drawings I did for warm-ups, in-between inking marathons:

Mimicking some more of Craig Thompson’s whimsy, with his: “Thank-you god, for your perfect creation.”

Composition, and layout speech bubbles are of utmost importance above all else.

For all of the hours of drawing/inking I do. I digest a lot of music. Here’s one which deserves all of my love: